The 7.0.7331 version introduces the following features: 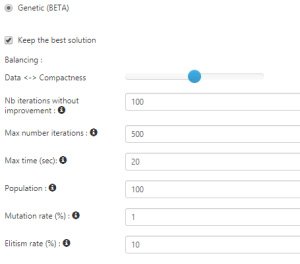 The 7.0.7331 version make the following improvements:

“Genetic”, or “evolutionary” algorithms are inspired from the evolution of species and from natural selection to bring solutions to optimization problems (such as, in the case of the districting of a territory: “how can I create N sectors with a balanced number both of clients and of prospects, all the while keeping a geographic coherence”). They are connected to Machine Learning, since they are “learning” algorithms, which optimize their results in the course of their successive executions.

Genetic algorithms draw from this idea to:

Genetic algorithms are a method used in the field of Artificial Intelligence (AI). Applied to the districting of a territory, they make it possible to obtain optimized solutions even with complex constraints.

Automatic districting: what is “compacity”?

When carrying out the automatic districting of a territory, the main objective is often to get a “balanced” result, meaning a breakdown where the workload, number of clients, turnover, etc. are fairly distributed between sectors.

However, beyond this “balancing”, an automatic districting must also aim at creating sectors which, as far as possible, retain a coherence and geographic cohesion. Consequently, more “rounded” sectors, which do not extend too far from the origin point and can be visited homogeneously from the starting point, are often preferred. 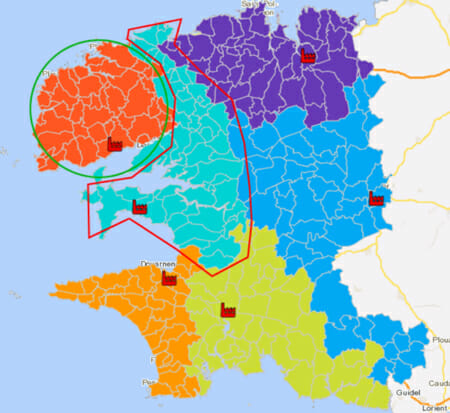 The new automatic districting algorithms in C&D allow the user to take into account the notion of “compacity”: the compacity of each sector is measured through a compacity score to make sure it extends homogeneously in all directions around its starting point, while remaining as close as possible to that point.

Example of districting with a better compacity score: 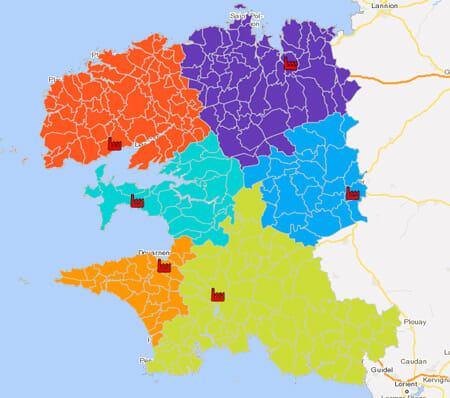 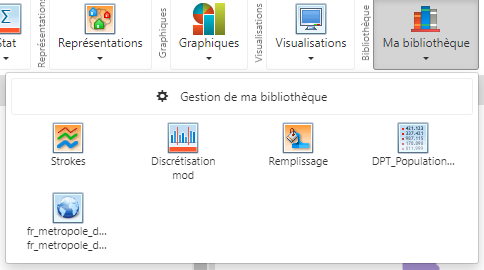 C&D and Articque Platform 7.0.7792 version. Personal library of modules, restriction of the search for addresses in an atlas, simplified opening of GeoJSON files... 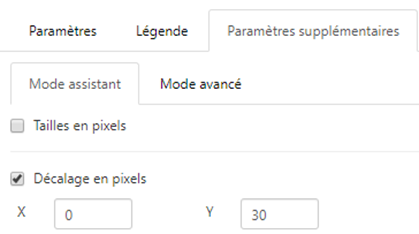 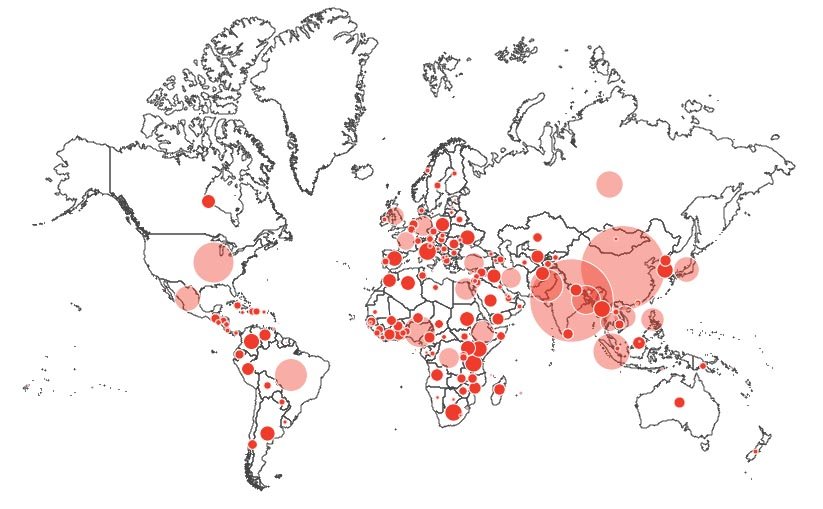 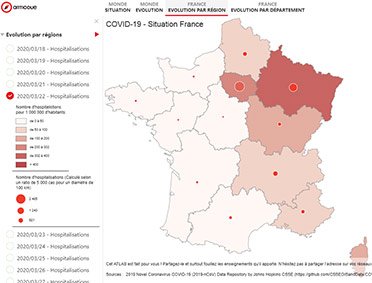